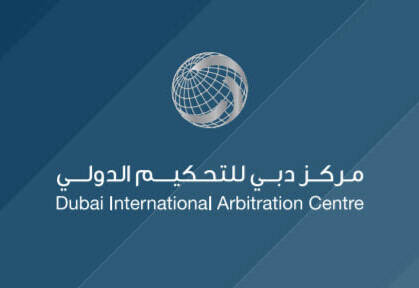 As is well known, Decree No. 34 of 2021 (the “Decree”) abolished the DIFC-LCIA and Emirates Maritime Arbitration Centre (“EMAC”) arbitration centres, merging their institutional activities to DIAC. By abolishing the DIFC-LCIA and EMAC, and by reorganising DIAC, the Decree increased the importance of DIAC, thus anchoring its status as the main government-backed arbitral institution in Dubai.

Amidst the abolition of the DIFC-LCIA Arbitration Centre, and the soap-opera story of the LCIA’s role in previous and future arbitrations in the region, emerges a beacon of promise, and an authoritative re-launch of the Dubai International Arbitration Centre (DIAC), with its new Rules provided on 2 March 2022, which came into effect as of 21 March 2022.

The significance of the new rules cannot be understated as it has thrusted DIAC forward into the spotlight as one of the region’s contenders for parties’ choice of arbitration institutions. With the dust gradually settling, the new rules provide for a more modern approach, in line with its contemporaries, to international arbitration disputes, catering to local and international parties. As DIAC itself has recognised in the preamble to the new rules, there had been many changes in the practice of arbitration since 2007 and therefore practitioners, and litigant parties, will welcome the new rendition of the DIAC Rules 2022.

Below is a detailed review of some of the changes made and a comparison with the 2007 Rules. Word of caution: the DIAC Arbitration Rules 2022 are applicable to “all new requests for arbitration submitted to DIAC after [21 March 2022]” irrespective of the date on which the underlying agreement to arbitrate was entered into, unless the parties have agreed otherwise. Accordingly, practitioners and parties must bear in mind that previously filed arbitrations shall continue to use the 2007 Rules.

Article 8 permits a party intending to commence arbitration to submit a single Request for Arbitration covering multiple claims “arising out of or in connection with more than one agreement to arbitrate”. This is subject to the fulfilment of the conditions outlined in Article 8.2, which are that either: (i) the parties agreement to consolidation; or (2) the Arbitration Court is satisfied on a prima facie basis that:

Joinder of an additional party will be permitted by the Arbitration Court provided that:

Joinder may also be ordered following the constitution of the Tribunal provided that it has considered other relevant factors, e.g. conflicts of interest and the impact of the proposed joinder on the arbitration’s efficient and expeditious progress, and:

Article 20 is a new addition, as a direct result of the abolition of the DIFC-LCIA, in a bid to entice parties who favoured the DIFC and provide a degree of compromise.

Where, however, there has not been any agreement on the seat and location/venue, the default seat of the arbitration shall be the DIFC. This is a marked departure from the previous Article 20 of the 2007 Rules which determined Dubai as the seat of arbitration. Note of caution: the Tribunal retains the discretion to finally determine the seat of the arbitration having regard to the parties’ observations and other relevant circumstances. Nonetheless, this is a welcomed update.

Accordingly, the default curial/supervisory court will be the DIFC Courts where the default seat is the DIFC. This should ease any apprehensions parties may have had and give comfort to international and local companies with a preference for the DIFC.

Whilst interim relief had been available under the 2007 iteration of the rules, pursuant to Article 2 of Appendix II of the 2022 Rules, the parties may now seek emergency interim relief, such as the issuance of an order directing a party to refrain from acting in a certain way or the issuance of an order for the specific performance of an obligation, concurrently or following the filing of a Request for Arbitration, but prior to the constitution of the Tribunal, and may be made without notice in appropriate circumstances.

In the event that the Arbitration Centre considers that prima facie it is reasonable to allow such proceedings, the Centre will appoint an Emergency Arbitrator within 1 day of receipt of the application for emergency interim relief. The seat would be determined in accordance with Article 20.1 (see above) without prejudice to the Tribunal’s ultimate decision on the seat. The remainder of the rules cover the practicalities of the process, which are all geared to a speedy resolution to the emergency interim measure sought.

This addition modernises DIAC bringing it further in line with other institutions. It recognises the significance of permitting parties to urgently seek relief where appropriate. It was a feature lacking in the 2007 Rules, but thankfully now implemented, which will doubtlessly be welcomed by practitioners and potential parties to disputes.

This new addition seeks to mirror that which existed within Article 30 and Appendix VI of ICC Rules of 2021 and Article 5 of the SIAC Rules 2016.

The Expedited Procedure under Article 32 of the DIAC Rules 2022 applies where:

and in any event if considered appropriate by the Arbitration Court.

The time limit for rendering its final award under this procedure is 3 months from the date of transfer of the file to the Tribunal, unless extended by the Arbitration Court (Article 32.5).

This addition marks DIAC’s acceptance of the need to cater for expedited procedures in appropriate cases, especially as efficiency and effectiveness of the arbitration process are hot on DIAC’s agenda. In a world where certain low value disputes do not need to undergo the full length of arbitration proceedings, DIAC’s expedited procedure recognises the need for quicker, cost effective, and efficient justice where appropriate.

An addition that has been long overdue but finally here, the Tribunal now has the power to award arbitration costs under Article 36.1 of the 2022 Rules. This will be encouraging news to parties as previously, unless there was express agreement or other exceptions, the 2007 Rules did not cater at all for the recoverability of legal costs. Now parties can enter in a DIAC arbitration with the knowledge and comfort that their costs are potentially recoverable.

Establishment of the Arbitration Court

Created by Decree 34 of 2021 (Art. 10 of the Charter attached to the Decree), the DIAC Rules 2022 has assigned certain powers to the Arbitration Court, as non-exhaustively indicated above. Pursuant to Article 34.5(a) of the 2022 Rules, the Arbitration Court will scrutinise “the form of the final draft in order to ensure, insofar as possible, that the formalities required by the Rules have been complied with.” This newly introduced mechanism of scrutiny is limited to the form of the award, such as the correction of typos or calculation errors and making sure that the award contains all the elements that are necessary under the arbitration rules. This additional duty placed on the Arbitration Court edges DIAC closer again to the practice of other leading arbitration centres in the region and globally.

An arbitration shall not be suspended or halted where a party has failed to appear and/or participate in the arbitration in spite of compliant notice in accordance with Articles 3.3, 3.4 and 3.5 of the 2022 Rules.

Notably, no such provision existed in the 2007 rendition of the Rules. This addition will no doubt be welcome to parties engaging and participating in the proceedings without fear that the arbitration could be indefinitely stayed.

The changes are significant. The approach is welcomed. Whilst it will only become clearer in time how the rules will be interpreted, this is certainly a positive step in the right direction, which many predict will only benefit the parties, their representatives, and the region itself.

Choosing the most appropriate arbitral rules will be different for each individual client. It will depend on factors such as where the contract will be performed, the parties’ preferences on the governing law, preferences on the seat of arbitration, location of the parties to the contract, and many other factors. We therefore highly recommend obtaining expert advice from specialist practitioners.

Martin is a Senior Associate, Barrister and registered Part II Practitioner (full rights of audience) with the DIFC Courts. A link to his profile can be found here.

Should you require any legal advice, please get in touch.